Frank Sinatra. Nat “King” Cole. Ella Fitzgerald. Judy Garland. Peggy Lee. Rosemary Cloony. Linda Ronstadt. No matter their various styles, these and other iconic popular singers had one thing in common—much of their best work was arranged by Nelson Riddle, whose renown within the world of arrangers rivaled that of the legends for whom he wrote. Indeed, some critics maintain that, if not for Riddle, Sinatra might not have overcome his mid-career failure and climbed to the superstar status that he eventually attained.

In Nelson Riddle: The Man Behind the Music, bestselling author David Morrell discusses the career of a musical genius, who changed popular music and proved that a great arranger is as important as a great song and a great singer. This groundbreaking study describes Riddle’s remarkable achievements, analyzing the musical principles that made his arrangements so unmistakable and influential. At its core is the irony that a man whose music is described as “light” and “bright” should have been so bitter and disappointed in his life. 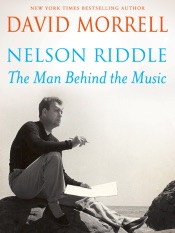