Blood doesn't just make her who she is but what she is. Can her blood also define what she becomes?

As if being a sixteen-year-old vampire isn't hard enough, Tessa has just enough human genes to make her a virtual outcast among her own blood relatives. She's always known she's different from them, her talents nothing special. If only she could get a handle on the vampire lifestyle and not mind all the blood.

When fitting in and discovering her own unique abilities like the rest of her clan possesses doesn’t seem possible, given her graceless lack of vamp magnificence, she decides to turn her back on the world she knows and embrace life as a human teenager. She attends high school, experiences peer pressure, and finds a boyfriend. Jared stirs something in her blood. He's smart and fun and cute, and, for the first time in her life, Tessa feels like maybe she can become who she's meant to be.

But Tessa's hope-filled dreams turn into a nightmare when a clan of vicious vampires who want things to go back to the Old Ways attack the movie theatre she's having her first date in, and Jared falls into their hands.

Torn between two vastly different worlds, just as she's always been, Tessa realizes to save her boyfriend and discover who she is and what she's capable of, she has to find a way to awaken the potential of the blood that flows in her veins…somehow. 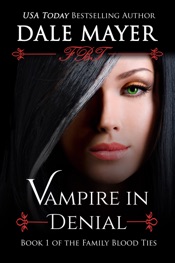